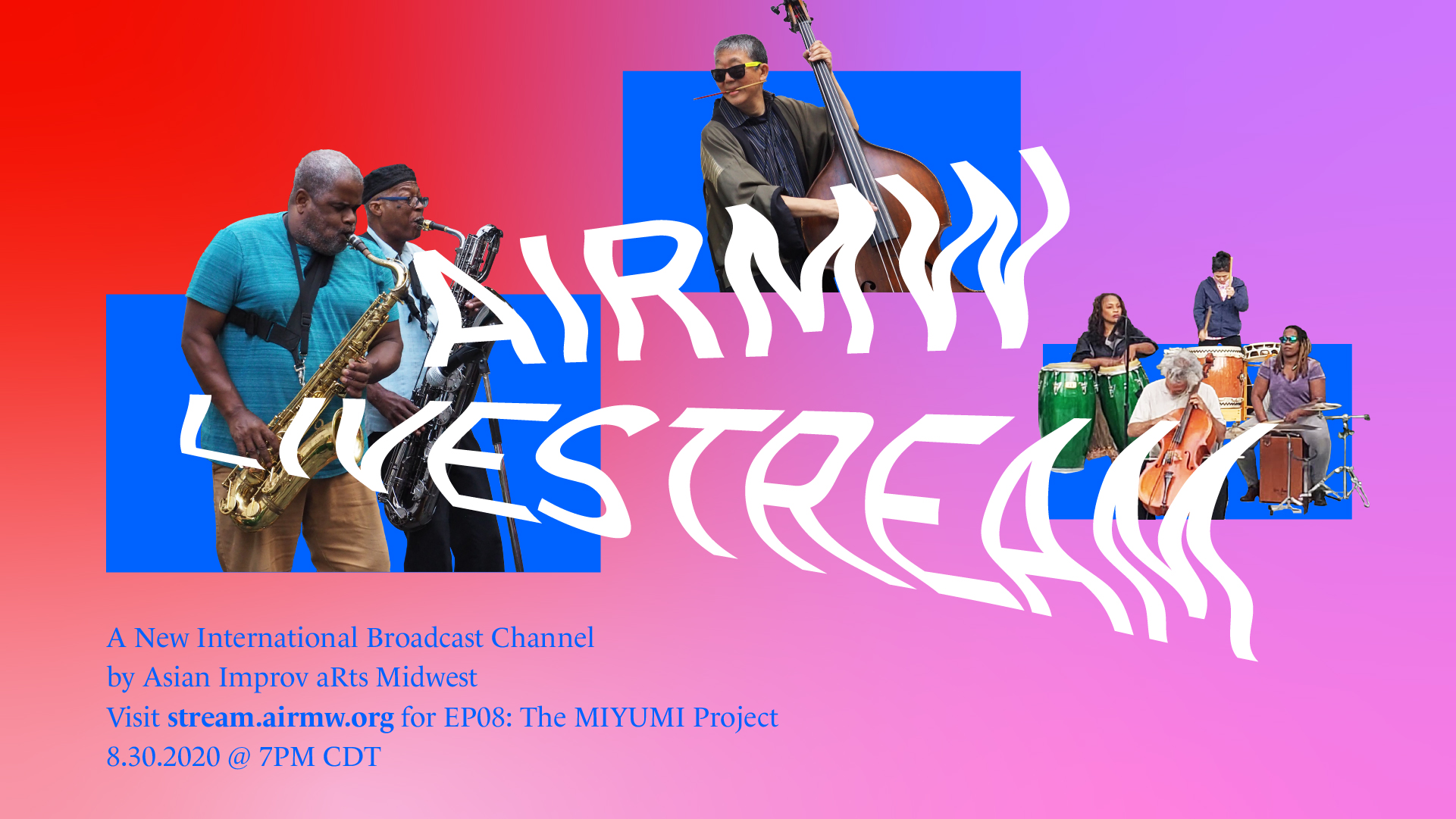 Join us for the eighth installment of AIRMW Livestream featuring The MIYUMI Project and other contemporary music activities by AIRMW.

The MIYUMI Project is one of the longest standing amalgams, drawing upon the aesthetics of Japanese traditional music and Chicago’s creative jazz and experimental music scene. The presentations are improvised compositions that stem from a conceptual framework for each band member to interpret, which is then transformed into a contemporary musical immersion for the audience. The final result is a continuous evolution of “live and raw” musical happenings. Band leader, Tatsu Aoki, a recipient of the United States Artist Fellowship, enables these happenings which have been captured in the “RAW and ALIVE” albums. His Reduction Ensemble, a smaller iteration of the MIYUMI Project, recorded the soundtrack for the Silver Gavel Awarded “And Then They Came For Us” documentary. Each successive grouping of MIYUMI Project musicians over the past two decades have contributed to the unique blending of modern application with traditional sensibility. Current projects include a vinyl release continuing the “SKYLANDING” album; produced by Yoko Ono. Tonight, the current roster of Tatsu Aoki’s MIYUMI Project includes creative musicians: Mwata Bowden, Coco Elysses, Edward Wilkerson Jr., Avreeayl Ra, Jamie Kempkers, Kioto Aoki, and Tsukasa Taiko with special guests.