Home » What is Taiko

Literally meaning “drum,” taiko is known for its thunderous sound and stunning, stylized choreography. With a 2,000 year-old history, taiko has its roots in Japanese court, theater, religious/ceremonial and festival music, where the taiko was just one instrument of many that comprised the ensembles that performed this music. In the mid-20th century, the kumi-daiko style evolved, which featured ensembles made up solely of drums. Since then, kumi-daiko has enjoyed tremendous popularity and in the US it has become a celebrated symbol of heritage and culture for the Japanese American community.

In addition to the taiko, Tsukasa Taiko at JASC is unique in that it presents not only the kumi-daiko style, but other forms of music that include other instruments, such as the shamisen (three-stringed lute) and the shinobue (transverse bamboo flute). The shamisen has a rich tradition in the folk and classical music of Japan as does the shinobue, which holds a prominent role in kabuki theater music as well as matsuri festival music. With these instruments, Tsukasa Taiko at JASC performs music that includes zashiki (chamber music), minyo (folk music) and ohayashi (classical/folk/theater music) styles, representing many Japanese musical traditions that are now rarely heard. Tsukasa Taiko at JASC is proud to have a role in the preservation, development and presentation of these cultural art forms. 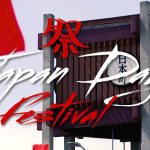 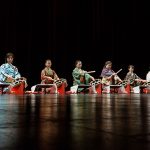 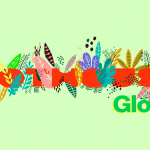