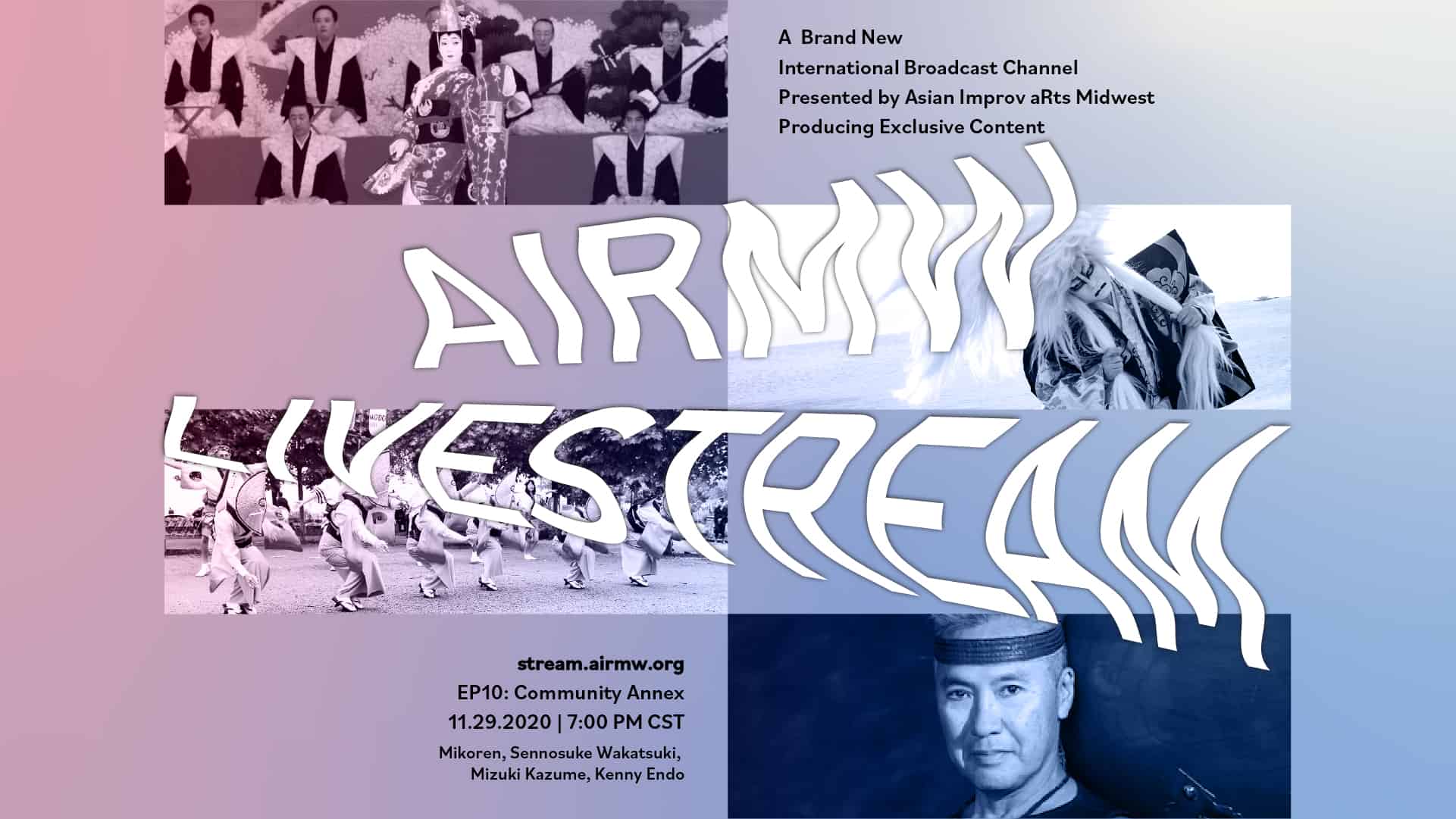 Mikoren is the first Awaodori Dancing Group in the Chicago area. Since its inception in 2015, Mikoren has performed at countless cultural events around Chicagoland. MIKO means beautiful lake, and REN indicates the official division of a traditional Awaodori group. There are over 20 active dancers with various backgrounds in the group. Mikoren’s mission is to create interest and awareness of Awaodori, a specific dance style rooted in Tokushima prefecture that is celebrated as a 400-year-old traditional Japanese performing artform. Awaodori Festival in Tokushima is the largest dance festival in Japan that attracts more than 1.3 million visitors a year.

Sennosuke Wakatsuki is an active kabuki dancer, performer, and educator who upholds the iemoto headmaster title of his family lineage (Wakatsuki-style performance arts clan). He leads his very own Kabuki theatre company Kikakuya, serves as professor at Josai International University, and a professor of kabuki dance and fight demonstrations at the Wakatsuki school. His goal is to serve as a traditional Japanese performance artist that can realize his art form anywhere in the world, completing up to 200 public presentations a year within and outside of Japan. Wakatsuki is also a purveyor of kabuki arts in modern applications, including an appearance in an upcoming Hollywood film production and choreographing and performing at NHK Kôhaku, Japan’s biggest, nationally televised music show. Wakatsuki also speaks and presents up to 30+ times a year as an educator and ambassador of traditional performing arts at many schools in Japan and abroad. Wakatsuki has performed in Germany, Spain, Denmark, France, Equator, Argentina, USA, Malaysia, Dubai, etc.

Sally Suzuki (stage name: Kazume Mizuki) is a member of the Japan Dance Association. She began dancing in Japan at the age of 3 at the Mizuki Dance School, one of the oldest Dance Schools in Japan, dating to the 18th century. After a very successful career in Japan, performing in such large venues such as the National Theater, she moved to Chicago in 1993. She currently performs widely in Chicago &amp; Midwest area in US as well as her hometown Tokyo, Japan.

One of the leading personas in contemporary percussion and rhythm, KENNY ENDO is at the vanguard of the taiko genre, continuing to explore new possibilities for this ancient Japanese instrument.  A performer, composer, and teacher of taiko, he has received numerous awards, accolades, and a “natori,” (stage name in classical drumming). Kenny is a consummate artist, blending taiko with original music through collaborations with international artists. Kenny is proud to perform on taiko provided courtesy of Miyamoto Unosuke Shoten. Portrait by Toyo Miyatake Studio.