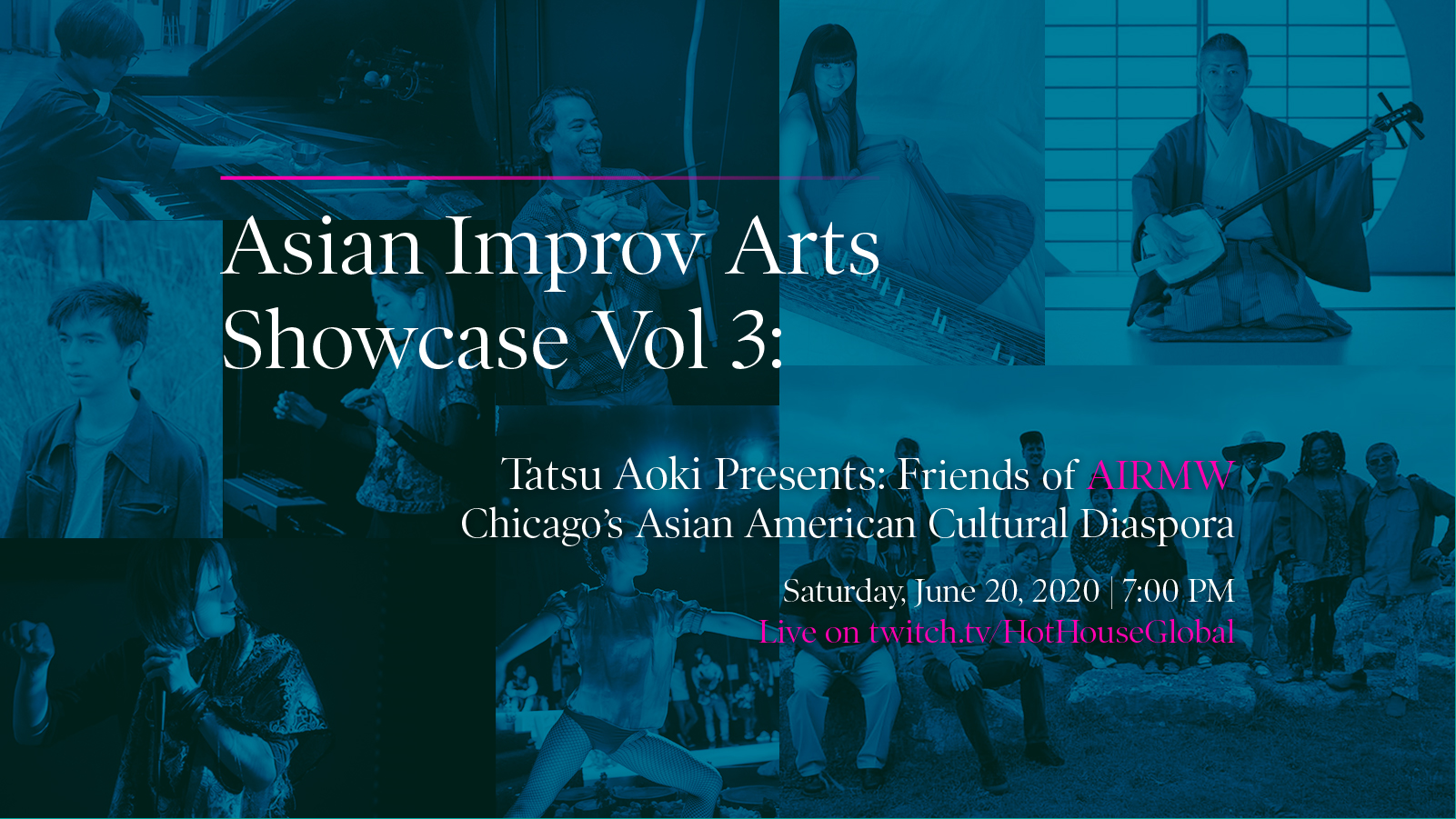 Yuko Fujiyama was born in Japan on 1954.

Hiroshi Mehata is a musician of Noise/Experimental Music and is a contemporary artist who has been creating graphic artworks based on his own music in Tokyo, Japan. His work explores metaphysical concepts of noum, kami, and kotodama as it relates to the history and spirituality of Japanese culture. In Mehata’s words: The Factors that have created a sense for perceiving “the atmosphere” that invisible by under the unconscious (what is known as “Kami,” “Kegare,“ or “Kotodama” ) what has been formed Japanese history, spirit and culture, and The infinite chain of “Image” that are included to all things that create the human memory is represented as a symbol pattern/noise sound in his concept called Noum.

Since 2011 Mehata has been working under the name “Mehata Sentimental Legend” and released the album “Noum Zeccyou” under Germany’s netlabel Mind Plug Records. Since then he has continued doing musical collaborations with foreign artists and musicians.

In 2013, Mehata had a first solo exhibition as a visual artist, Mehata Hiroshi-Noum Zeccyou at Gallery TEXU in Spain. He has also shown in Portugal, Italy, Indonesia, Tunisia, Australia, and Japan with a solo exhibition “Mehata Hiroshi Meets Abantal Restaurante” in Seville, Spain, in 2014 as part of 2013-2014 Japan-Spain 400th Anniversary.

Yoko Reikano Kimura (koto and shamisen) has concertized around the world based in New York and Japan. She has worked with renowned musicians such as Heiner Goebbels, Toshi Ichiyanagi, Daron Hagen, Basil Twist among many others. She has been invited to many international music festivals including Warsaw Autumn Festival, Israel Festival, and Vilnius Festival. Kimura has performed with American Symphony Orchestra, Wintergreen Music Festival Orchestra, and numerous string quartets in the US. Kimura is a founder of Duo YUMENO, with cellist Hikaru Tamaki. It performed its 10th anniversary recital to a sold-out audience at Weill Recital Hall at Carnegie Hall in 2019.

Ayaka Nakama (born in 1992) is a dancer / dance maker based in Kobe, Japan. Ayaka started her dance training when she was three years old in ballet. She trained at Rambert School of Ballet and Contemporary dance (London, UK) in 2009-2011. In 2012 she continued her studies as a scholarship student at dB Academy (Kobe, Japan). After graduating with Dancer Award, she has been a freelance artist and performed in various works by contemporary choreographers and directors. In 2018 she became an associate artist of ArtTheater dB KOBE. In 2019, she was one of four featured dancemakers in AIRMW’s  Bridge Dance Festival at Links Hall, Chicago, sponsored in part by the Arts Midwest touring fund, and performed a condensed version of her piece “Freeway Dance”.

Jason Finkelman combines laptop electronics and acoustic instrumentation to create a distinct ambient, avant-world sound. A specialist on the single string musical bow berimbau, Finkelman is a Philadelphia-born percussionist who performs on African and Brazilian instruments handcrafted by Adimu Kuumba. His roots in improvised music include founding the trio Straylight in 1992, which focused on collaborative performances with a wide spectrum of New York City artists in the late 1990’s Straylight Dialogues series at the Knitting Factory. Since arriving in Urbana-Champaign in 2000, Finkelman has continually performed with a host of genre-blurring improvisers from the area and beyond. As a composer for dance, Finkelman has over twenty-three years of collaboration with choreographer Cynthia Oliver, receiving a “Bessie” award for SHEMAD (2000). At the University of Illinois, Finkelman directs Global Arts Performance Initiatives at Krannert Center for the Performing Arts, curating engagement programming concentrating on international music, avant-garde jazz, and documentary film on contemporary Asia. Finkelman leads Improvisers Exchange, a performance ensemble of the School of Music.

Joy Yang’s continual pursuit of pushing boundaries in genres and developing a unique voice has influenced her interest in multidisciplinary improvisation. Whilst Joy has been playing Classical piano since the age of four, her undergraduate studies in BMusic/BEducation (Sydney, Australia) with Alister Spence and Sandy Evans opened up a world of jazz and improvisation. She has also worked closely with mentors: Satoko Fujii, Neta Maughan AM, Tamara-Anna Cislowska, Dr. Adam Hulbert, Nicky Crasyon, Eric Chapus, and Lamont Holden.  In Sidney, Joy is pianist, thereminist and composer in Valkyrie Trio, an all-female jazz trio with an upcoming album release, and has curated experimental shows in featuring her multidisciplinary group, ViolaMPFREE with live dance, projection mapping, spoken word and digital painting. Joy completed her MMusic in piano performance and literature at the University of Illinois, studying with Dr. Rochelle Sennet and Chip Stephens (jazz piano).  Joy will be pursuing a DMA in piano performance at the University of Illinois starting in Fall 2020.

Kuroshio Quartet, features improvising artists of Asian heritage drawing from a rich current of creative practices for performances of multilayered channels of sound and image that explore and contemplate notions of identity, culture and diasporic histories. Based in Urbana-Champaign, IL, and led by Jason Finkelman (percussion, laptop electronics), Kuroshio members have included Joy Yang (theremin, keyboards), Allen Wu (LinnStrument), Michael Koerner (chemical visualizations), and Putu Hiranmayena (drums, jegogan gamelan). Special performances with Michael Koerner are meditations on the legacy of weaponized nuclear power, directly addressing his artistic expression as a surviving child of parents exposed to radiation at Nagasaki and Castle Bravo testing. Kuroshio Quartet premiered in May 2019 at the Urbana-Champaign Independent Media Center as part of Immersion Festival.

The MIYUMI Project is one of the longest standing amalgams, drawing upon the aesthetics of Japanese traditional music and Chicago’s creative jazz and experimental music scene. The presentations are improvised compositions that stem from a conceptual framework for each band member to interpret, which is then transformed into a contemporary musical immersion for the audience. The final result is a continuous evolution of “live and raw” musical happenings. Band leader, Tatsu Aoki, a recipient of the United States Artist Fellowship, enables these happenings which have been captured in the “RAW and ALIVE” albums.  His Reduction Ensemble, a smaller iteration of the MIYUMI Project, recorded the soundtrack for the Silver Gavel Awarded “And Then They Came For Us” documentary.  Each successive grouping of MIYUMI Project musicians over the past two decades have contributed to the unique blending of modern application with traditional sensibility. In 2017 the band was chosen as the official musical presenters for both the groundbreaking and unveiling of Yoko Ono’s “Skylanding Project”, which resulted in the Yoko Ono produced, “SKYLANDING” album.  The CD album was inspired by songs from Yoko Ono’s own “Plastic Ono Band”.  Tatsu Aoki and his featured ensemble offer a fusion of Chicago’s creative jazz interwoven with traditional taiko drumming, it is an innovative, energetic musical experience.