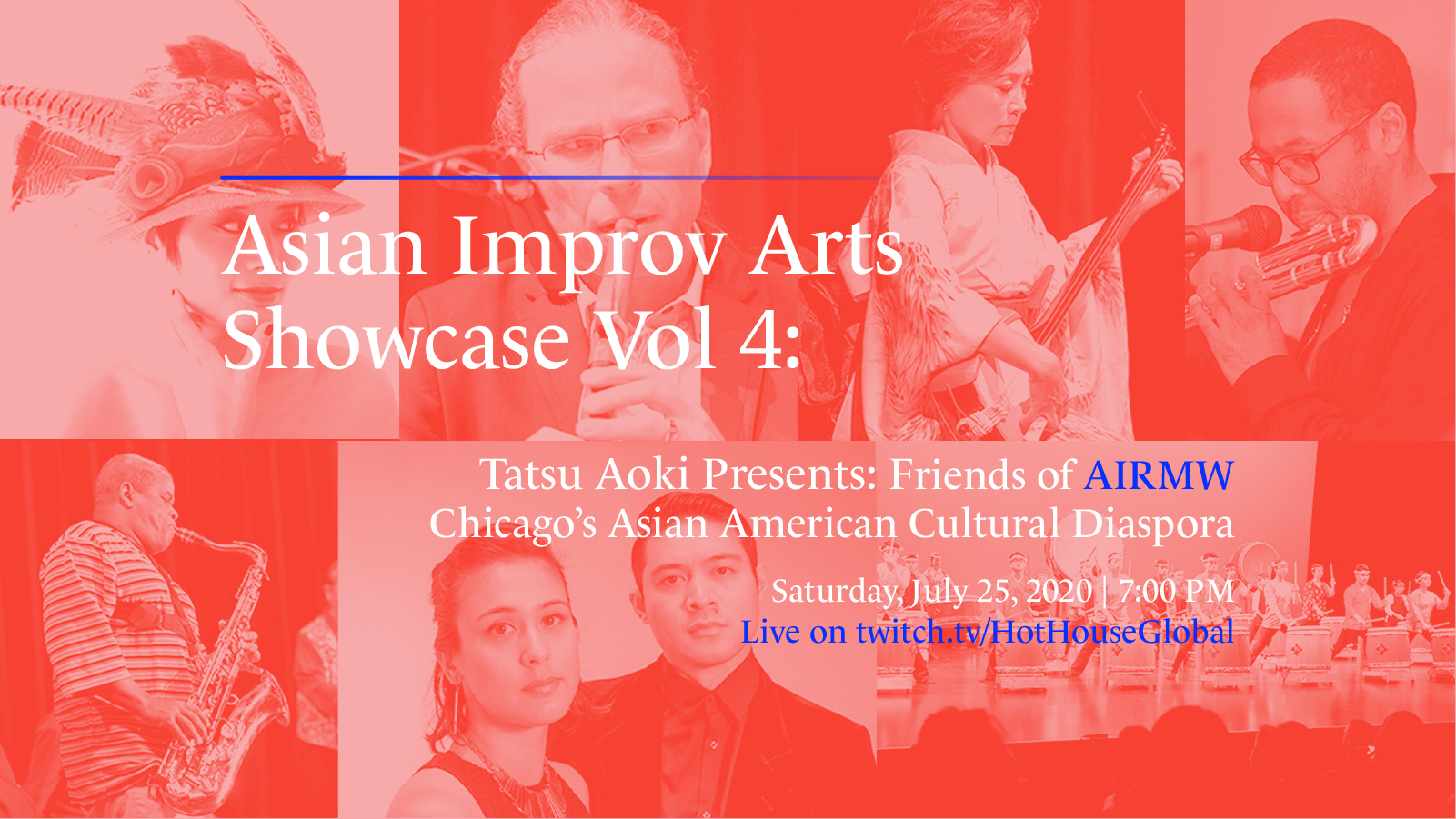 Grex is an art rock/experimental music duo based out of Oakland, California. In biological terms, a “grex” is an entity composed of several smaller organisms. Grex (the band) explores the meeting point between surreal songcraft and the dark outer reaches of experimental music. The group has been called an “otherworldly experience” (Eugene Weekly) and “true genre warping music” (KFJC), recalling at turns the ecstatic energy of John Coltrane, the electronic thrall of Death Grips, and the lilting indie rock of Mitski.

is a nagauta shamisen artist, a master of the instrument accredited by the legendary Kineya Shamisen clan. Her studies began at the age of six, and she now performs with numerous contemporary and classical musicians in regular engagements in the mainstream music and performing arts scene. Since her US debut with the Chicago Asian American Jazz Festival in 2011, she has been featured internationally. In addition, she leads educational workshops to share the 400-year history of the shamisen tradition. Chizuru has regularly collaborated with Tatsu Aoki and GenRyu Arts, Francis Wong’s projects in San Francisco since her first Taiko Legacy engagement in 2005. She is one of the main fixture of annual Taiko Legacy / Reduction concert by AIRMW.

In addition to his scholarly activities, Perea maintains an active career as a GRAMMY® Award winning multi-instrumentalist and recording artist in the San Francisco Bay Area. He has recorded on eighteen albums as a sideman and two as a leader, First Dance (2001) and Creation Story (2014). His most recent creative work is Alcatraz Reflections (2018) for Native American flute and laptop. In April 2019, Perea was recognized by the San Francisco Arts Commission’s American Indian Initiative for his musical contribution “to reclaim space, to challenge false narratives, and to reimagine public art from the perspective of Indigenous Peoples.”

Is a GRAMMY nominated multi-instrumentalist/songstress/producer, Chihsuan (Violin, Erhu, Piano), a native of Taiwan, her body of work spans a multitude of genres and reaches beyond borders. She is a long-standing member of the legendary, Corky Siegel’s ChamberBlues. Chihsuan has toured the world over and participated in such highly-acclaimed productions, stages and festivals. While being featured as a soloist in various recordings and performances, Chihsuan continues to work with a variety of artists. From playing with Yo-Yo Ma and Brian Wilson of the Beach Boys, to Grammy Award winner David Foster and His Holiness the Dalai Lama. Her renowned skill and eclectic versatility with the violin, erhu, and piano can be heard throughout the globe. In 2014 released her debut solo album Ways to Say Hello, a mix of original cinematic compositions. Chihsuan is currently recording her second solo studio album as well as a debut album with her new acoustic/electronic duo ESCP with Bob Garrett. They plan on releasing the debut album in 2020.

_________
Scott Ohiro (SF) is a flautist and electronic composer from the Washington DC Metropolitan area, specializing in improvised, experimental and telematic music. He has received his B.S. in Electrical Engineering from George Mason University and is currently pursuing his PhD at Stanford University’s Center for Computer Research in Music and Acoustics (CCRMA). In 2019, Scott was a member of the NowNet Arts Conference committee as well as the host for its satellite site at Stanford University. His composition “Cypher” was also performed at the 2019 NowNet Conference by musicians from Belgium, Berlin, California, and Singapore. His current research focuses on developing quantum music generation algorithms, in which he received honorable mentions at IBM’s December 2019 Qiskit Hackathon in South Africa for his work on Qu-Beats: a Quantum Beat Generator. He is also researching the development of algorithms and protocols for Networked Music Performance over a quantum internet.

_________
Edward Wilkerson Jr. (Chicago)
is an internationally recognized jazz musician, composer, arranger, and educator based in Chicago. As founder and director of the octet 8 Bold Souls and the twenty-five-member ensemble Shadow Vignettes, Wilkerson has toured festivals and concert halls throughout the US, Europe, Japan, and the Middle East. In addition to his work with his own groups, he performs with the AACM Great Black Music Ensemble, Roscoe Mitchell, Douglas Ewart, The Temptations, Chico Freeman, Geri Allen, the Lyric Opera of Chicago, Muhal Richard Abrams, Aretha Franklin, and George Lewis. He is a frequent collaborator in Chicago’s Asian American music scene, playing with Tatsu Aoki’s MIYUMI Project and he is a member of the Trio WAZ with Michael Zerang. A major presence in Chicago’s music scene Wilkerson continues to expand his amazing musical journey.

_________
Tsukasa Taiko, a program of Asian Improv aRts Midwest, one of the largest community taiko groups organized by professionals in the Midwest, offers taiko drum instruction, education, and performances. Its mission is to preserve, develop, and pass on the traditional concepts of genuine – Japanese art as a cultural legacy, and to utilize these authentic concepts in expanding and evolving the taiko art form. As a community group dedicated to understanding and strengthening New Japanese American, Asian American, and Japanese identity, it strives to respect tradition and develop artistic excellence and connoisseurship. Its director, teachers, and administrative staff are dedicated professionals, all recognized as world class, working artists. As an active performing group, Tsukasa presents over fifty shows a year, both locally and internationally. Tsukasa Taiko offers trainings, workshops, lectures, and demonstrations designed to teach how to play taiko, as well as to advance the understanding of how the cultural arts are a reflection of a community’s heritage and legacy.